" I think when a Surfer becomes a Surfer, it's almost like an obligation to be an environmentalist at the same time"
(Kelly Slater)

As surfers you all love, clean beaches, fresh clean water, nice rolling waves all as close as possible to your front door. This wouldn’t just naturally happen though, so just who is it that we have to thank and more importantly support in this fight against having a bad day in the water?

Surfers Against Sewage (SAS)
These guys and girls love their surfing and work hard to provide a great surf experience for us all and they do so much more than just organise beach cleans.

Surfing in dirty polluted water not only ruins your session, but it could make you very ill. SAS have put in place a vital free real time text service, which would inform you of any sewage pollution incidents at feature beaches. Sign up for free at http://www.sas.org.uk/campaigns/sewage-and-sickness/ and keep up to date on what’s happening in your ocean.
Protect our Waves campaign (POW)
As already discussed you love those rolling waves as close to your front door as possible, but some people want to take this away from you. SAS are working hard to make surfers aware of companies such as Marine Minerals Limited a company looking to dredge the Cornish coastline and destroy local surf spots. Using the POW campaign, SAS are looking to defeat these surf stealers once and for all. They need 100,000 people to sign the petition (found at http://www.protectourwaves.org.uk/), to encourage the government to ensure surf spots and waves are protected a bit like heritage sites. All SurfGirl readers need to get online and sign this petition today! 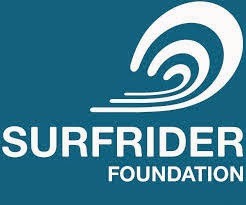 Surfrider Foundation
These guys are worldwide and their ethos is to protect oceans, waves and beaches. Working alongside Surfers Against Sewage and others to put some pretty sweet programs in place.

Beach Access Program- In a nutshell some people want to stop the public, including surfers, from using parts of the beach. Imagine you turned up to your local spot and where told, someone else owned it and you couldn’t use it. That’s where these guys come in. For more information check out http://www.surfrider.org/programs/entry/beach-access.

Ocean Friendly Gardens (OFG)
Surfrider Foundation believes when it comes to ocean pollution, prevention is better than cure. The OFG project focuses on people’s gardens and driveways, which if you think about it makes perfect sense. Garden owners might use things such as; weed killer and lawn feed, which contain poisonous chemicals. Then comes the rain and the floods, these chemicals are washed off the garden and into rivers and all rivers lead to the oceans, these chemicals are now ocean pollution. This project works with communities to educate residents and create echo friendly gardens, for more info check out
http://www.surfrider.org/programs/entry/ocean-friendly-gardens.

MCS is currently fighting for 127 MCZ to be implemented in English seas. If successful this would mean these MCZ would be treated like national parks and protected from anyone who wants to mess with them. Though their focus is marine life it would ultimately mean no one could touch the waves within these areas. For more information visit http://www.mcsuk.org/mpa/.
Beach cleans
We all hate litter cluttering up our beaches and waves, but let’s not forget the effects it has on marine life. Every year MCS run a series of beach cleans, clearing thousands of items of litter, saving the lives of a huge amount of marine species. This also means cleaner saver beaches and oceans for you surfers, so get involved.
For information http://www.mcsuk.org/what_we_do/Clean+seas+and+beaches. 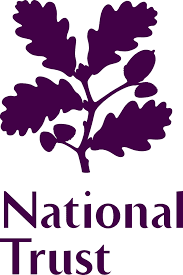 When someone says ‘the National Trust’, you probably think; houses, car parks and old people. When in fact they are also massively involved in the protection of the UK coastline and therefore surf spots. As well as backing MCS in the fight for MCZ, there are a few other things they do that benefit you.

The Neptune Coastline Campaign
Currently the Trust looks after 720 miles of the UK coastline, these include surf spots such as, Sandy mouth, Rhossili and Wembury. The 720 miles has been acquired through the fundraising scheme ‘Neptune Coastline Campaign’ and as this is considered National Trust property, no one can mess with it. Therefore no one can build on or destroy beaches and they are maintained and quite often litter free. Too see how you can get behind this campaign check out www.nationaltrust.org.uk/neptune.


‘World class waves’ are not the first thing that pops into your head when you hear the word ‘Iceland’ (the country not the shop). It’s probably more likely to be words such as; ‘cold’, ‘amazing scenery’, ‘pretty cold’, ‘Volcanic ash cloud’ and ‘very cold’.

The truth is that even though board hire may not be as available as other countries, the waves are probably better. They have even been described by Magic Seaweed as ‘World Class’ and though the swell only really builds in the winter, we at Surfgirl suggest it’s definitely worth the 5mm wetsuit plus the two thermal rashies underneath.
Surf as a whole can be quite inconsistent; you can never really predict it and get it 100% correct, so you always need a back- up plan. Never fear though, there is plenty going on in Iceland for those flat days. You could swim in the Geothermal pools (keeping up the fitness) or maybe even have a go on a Snowmobile (which looks wicked). Or you could try Surfgirl’s number one recommendation for flat days in Iceland- one of the awesome whale watching tours.
Fresh ocean air, amazing views and even an opportunity to witness the Northern Lights are added bonuses, but it’s really about those beautiful beasts. A majority of tours are run well and the staff very knowledgeable. As for the Whales, there are tones, mostly Minke Whales, but also fin and blue whales, white-beaked dolphins and recently orca watching has really taken off, which goes down a treat with the customers.
There is just one thing though about whales and Iceland, picture the scene, it’s an awesome trip, loads of whales, just breath-taking. Then after your trip you pop out for some food, only to find Minke whale on the menu in the restaurant. That’s right the same creatures you have just seen in the wild, showing off their beauty and grace, are now offered to you on a plate.
Well that’s pretty wrong isn’t it? In the UK we can only relate this to going to say a dog and cats home and then having a hot dog of the pedigree kind when you get in. As for anyone out there that tells you it’s no different from eating pork and beef, it’s a simple fact that, rightly or wrongly, cows and pigs are farmed for food and whales are not. In fact many of them are classified as endangered, add to this that it can take up to two hours for a harpooned whale to die. So eating them is not what God intended, nor is it clever, funny and it doesn’t make you cool or cultural.
Whaling is banned by the International Whaling Commission, but Iceland and a few other countries still practise it. These Whales make their home in Icelandic waters but don’t belong to Iceland; Icelandic surfers share their spots with them and that’s how it should remain.
Please visit Iceland, it’s great for surf and could be a life changing experience. Please just don’t eat the locals!
For more information and to help put a stop to Whaling in Iceland, please visit www.whales.org.