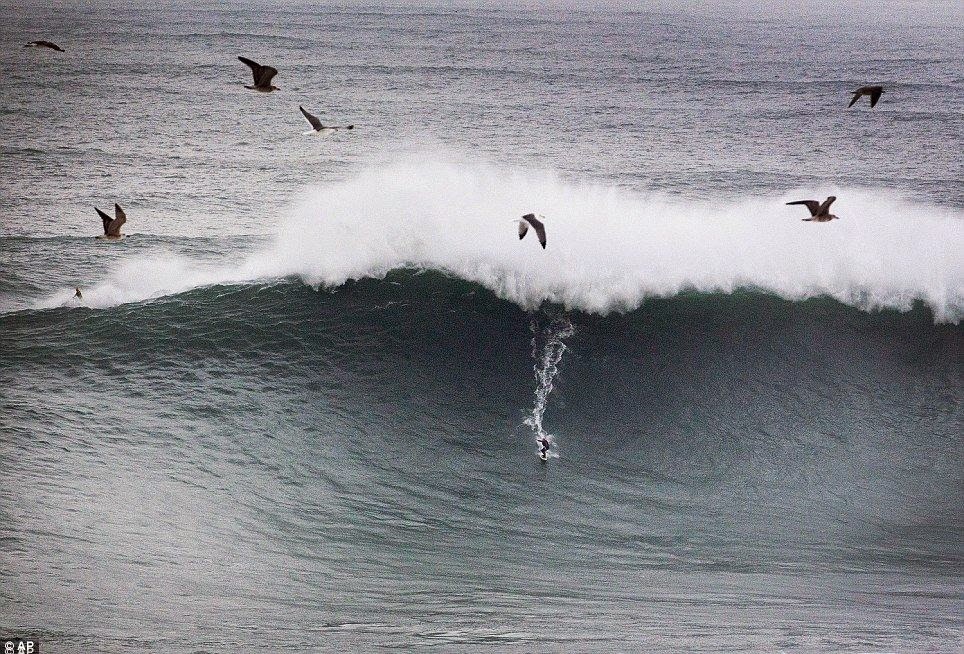 Andrew Cotton or "Cotty" grew up in Braunton, North Devon and after years of surfing nice mellow Saunton Sands decided that the phrase "Go big or Go home" is the only way to live. He first turned his attention to big wave surfing in Ireland, this then led him to Nazare in Portugal, where he not only towed Garrett into the largest wave ever surfed, but he took on the monster himself.

I was honoured to be able to ask him a few questions earlier this week...

Andrew, people don't always get surfing, especially big wave surfing, was is the funniest thing someone has ever said, either asking you about what you do or describing what you do?

"I get a lot of funny questions about surfing which I suppose are only funny to surfers, a classic is 'what times the big wave coming' as if there's only going to be one and I know the exact time. Wish it was that easy."

Haha brilliant! Obviously you train hard before taking on big waves, all year round, but when you get to the spot before you kit up, what metal preparation do you do to take on the giants? 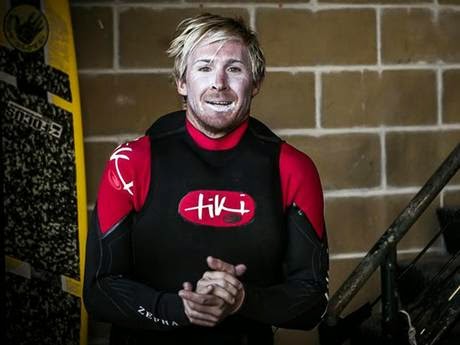 "I used to get pretty nervous, finding it hard to sleep the night before etc, now I get nervous in a different way. I feel more relaxed in big waves but I put pressure on myself to get the best waves I possibly can. I have a great breathing routine which I use to help calm me down and keep me focused."

(Photo left, Cotty,taken from the Independent)

Calm and focussed, got it! Just to lighten the mood, if you could choose 3 people to sit down to dinner with (dead or alive) who would you choose?

Good choice! Next question I had was I can only imagine that feeling you experience when inside the barrel of a massive wave, can you put it into words?


"Something that happens really fast but in slow motion."


Make sense! Now you have just released an awesome documentary Behinds The Lines which is an incredible insight to your story, what do you hope people will take from it?  (Photo below taken from Epic TV) 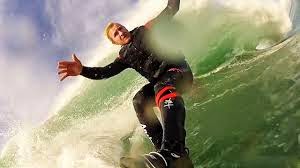 "I hope that people take away from it that anything is possible but you have to make it happen, a bit of belief and a lot of hard work can pay off."

Love that! What's your next challenge? Do you have a wave in mind?


"I really want to get out to Hawaii and maybe Mavs, It's been my personal goal for the past couple years so I need to make it happen."


If that is not inspirational I don't know what is! If you don't know much about Cotty check his page out and you all need to watch this, there is still so much to come from down to earth North Devon Surfer!

Andrew its been an absolute honour! I hope my interview questions were better than Paxmans!


3 Things You Need To Know About Kelly

You don't have to be a Surfer to have heard the name Kelly Slater and probably know he is pretty good. That might be the extent of your knowledge though, but don't fret, Surf4Life is here to educate you further on what makes this man arguably the greatest Surfer of all time (shortboarding) and why you are so lucky to have been around to witness it all!

Robert Kelly Slater, was born in Florida in February 1972 and he used to have hair.

He was also pretty good Surfer from a young age, he stared when he was 5 and at age 12 he started winning competitions.

Without getting to "spiritual" there is defiantly something about Kellys Surfing and how him and the Ocean were born for each other as this clip shows.
(Photo Slater Taken by surfcollectivenyc.com)

2. He Has Won One Or Two Small Comps-

Ok it might be a bit more than 1 or 2, this Surfing genius has won a staggering 11 World titles so far! 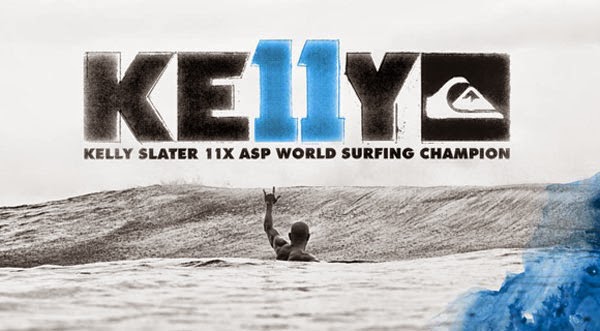 In 1992 (at 20 years old) he won his first making him the youngest Surfer to win a World title. That title still stands today!

3. Man Of Many Talents 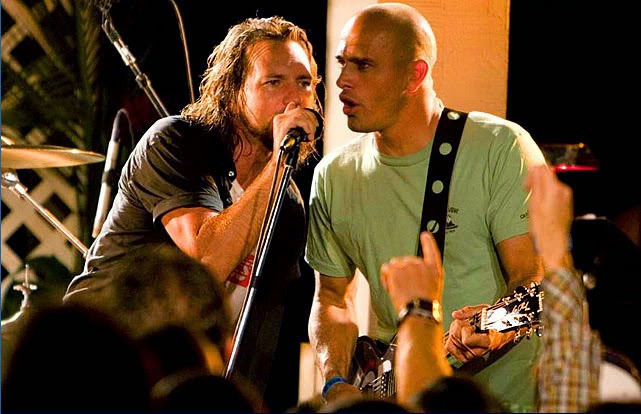 He is not just a Surfer, Slater is also known for his his acting. Staring in Baywatch, Young Guns and a huge number of Surf Films.

His musical talents have also been used to support Peal Jam and Ben Harper gigs.


He does a huge amount of Charity work including environmental, Suicide prevention and  his own Kelly Slater Foundation.

He also has a degree in Criminal Law and his Golfing isn't bad either.

So.... whatever you are doing stop and take a minute to appreciate the fact you were lucky enough to be born into the Kelly Slater generation, what a legend!!

10 Things we love about the ASP

The countdown to the start of the ASP 2013 is well and truly underway; so what is it that makes it so great?

1  1. The wave action- Obviously ‘the surfing’ is number one in our list of favourites. The drop-in’s, the barrels, 360’s, the airs, we love it all. We even love the wipe outs (though we also know they hurt). This is an amazing showcase of surfing and we are especially stoked about the wild cards involved. Up and coming surfing talent right in front of our very eyes, with shock victories over the pros, these are the future gods and goddesses of the water.  Look at Carissa Moore, 6 times ASP world champ who entered the tour in 2007 as a wildcard, made it to the final and the rest is history. 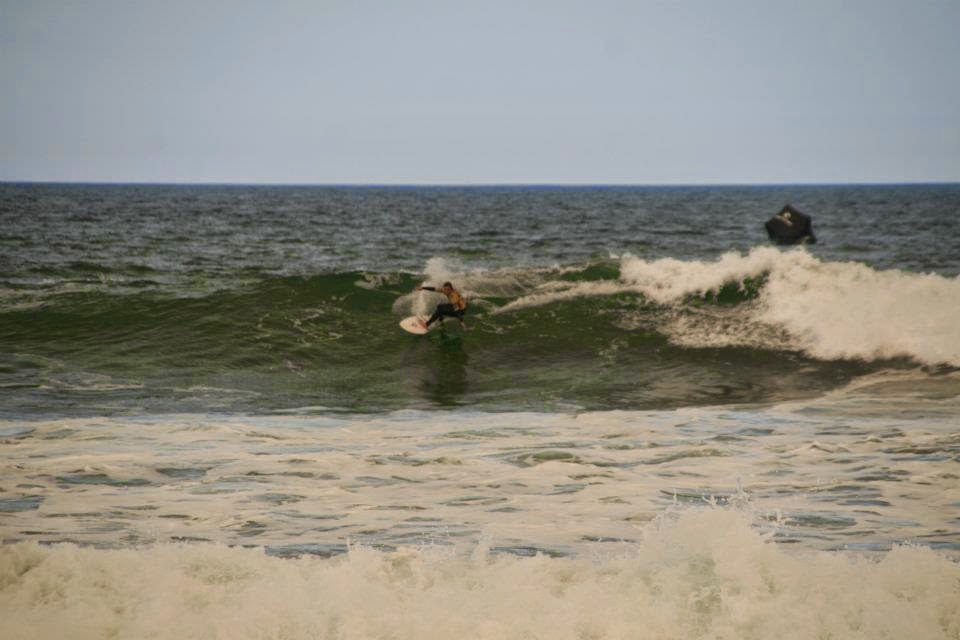 2. The gadgets- We are kept pretty up to date on all the latest gear by Surf Mags, but the ASP is a great way to see it in action in front of your own eyes. Take Steph Gilmore for example, wearing the latest quicksilver wetsuit and showing you just how the likes of the Ducks Nuts board (DHD surfboards) should be ridden. Then there’s the equipment used by photographers, the latest in PA systems and even the cars the pros have chosen to get to the events can be found on show in the car park. All this making the events very eye opening, 21st century experiences for all.

3.  Not rich? No problem- Most sporting events charge ridiculous amounts of money for entry. Not the ASP though, apart from parking and a program (optional) you can turn up to some events with not so much as a penny in your pocket. If you are asked to pay an entry fee, it won’t be much and it will be well invested in a great day out. If you don’t live in a hosting country you can currently watch it all for free online and long may that live.

4.    Location, location, location- The competition organisers always keep us on our toes as they spice up the tour by changing the location every so often. We don’t think anyone can complain about their selection for 2013, with Australia, New Zealand, Brazil, France and US in the line up. Whether it’s the lushest longboarding waves of Cote des Basques or the power of Bells that takes your fancy, jumping on a plane will make for an epic trip. For those who can only stream the events the amazing coverage provided by event organisers will ensure you feel like you’re part of the action.

5.  Sitting, waiting, wishing- If you are lucky enough to get to a live event you will experience a seating plan that is typical for the surf life style. Unlike other sports, you don’t have stewards, you don’t have designated seating and you don’t have crowd fights. It’s simple, pitch up, find a spot on the beach and enjoy the friendly atmosphere and ocean air. Keep an eye on the tide though, it tends to creep in as you watch the surfing and before you know it you’re sitting in water.

6. The providers of banter and facts- The future of the ASP may mean one group of lucky people get the second best job in the world (the best job in the world obviously being a pro surfer). This job is to travel the world as an ASP commentator and continue to bring us the banter, facts and swell forecasts we long to hear. As it stands we have different commentators on different events, so lots of variety and different opinions to keep us on our toes. Based on this some feel the commentators play an epic role in the success of the competition.

7.    Hanging out with the pros- A lot of sports stars are too arrogant to acknowledge their fans let alone let them hug them. Not our surf pros though, there is nothing better than seeing a group of groms surround their hero when they get out of the water. Very few pros have bodyguards to keep you away and they always find time for photos and autographs. Then of course when they win the tour they let the fans help carry them up the beach, they really are legends. 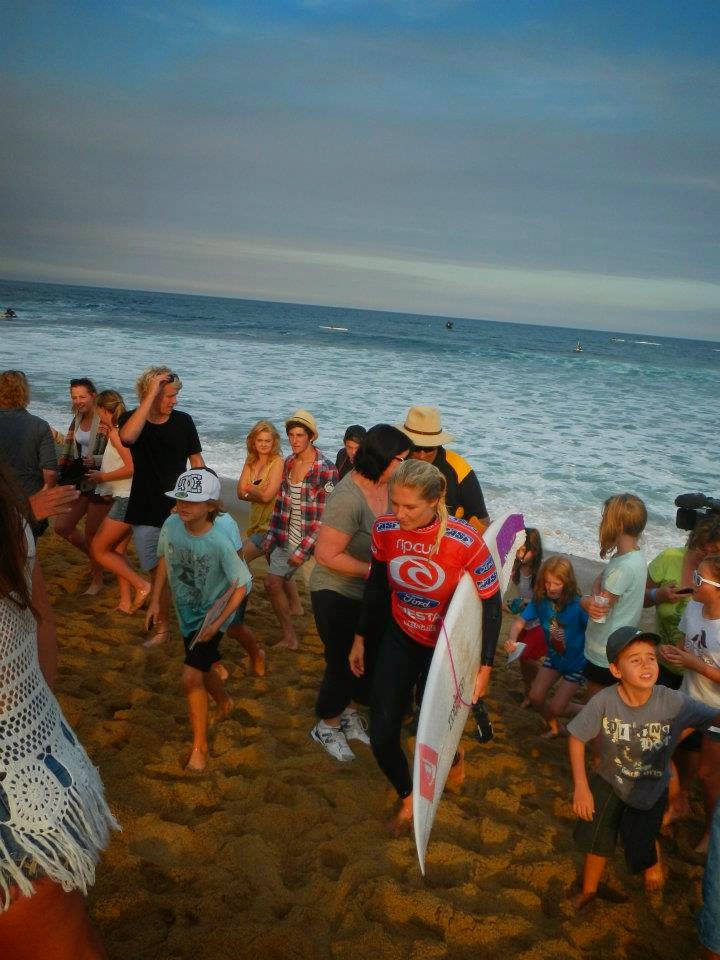 8.    The bright side of the lens- Not only does the ASP showcase the greatest surfers it also has the best of the best photographers (including the awesome Lucia Griggi). With lenses the size of longboards and people putting their lives on the line as they get smashed about in the waves to get that perfect snap, even if you can’t get to an event you won’t be disappointed with the footage. If you do get to an event just watch where you walk, these girls and guys have been poised in their positions all day waiting for that once in a lifetime snap and they don’t want your head in the shot.

9.    P-A-R-T-Y- What better way to top off a perfect event than with an epic party and these guys know how to party. With live bands, beers and plenty of tales about finding the perfect wave, this will be one night you don’t want to end. Check out the event info on the ASP website to find out more. 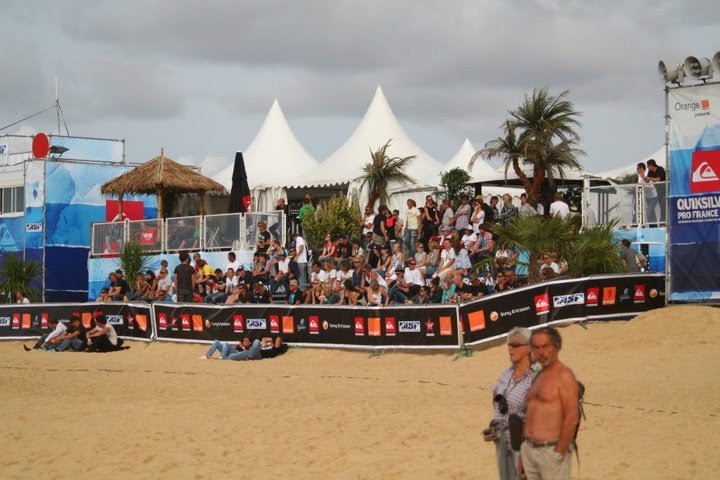 10 . See the waves as they roll- You don’t have Sky Sports or ESPN or the Extreme Sports channel? Never fear the beauty of the ASP and surfing in general is the organisers love the sport so much they want the world to see it for free (and we really hope it says that way). All events are streamed live and if you are at work you can simply mute the awesome commentary and keep fully up to date. If you can’t access a computer during the event, there is simply nothing better than a few friends, a few beers and the day’s highlights.

We have focussed on the women’s tour, but don’t forget the men, the schedule can be found on http://www.aspworldtour.com/, get behind the surfers this year and spread the word about the competition. We need more surf fans!