"I have a lot of inner demons. If I didn't have surfing to get those out of my system I would self destruct"        (Andy Irons)


The Science Behind The Stoke

In the last year 10 years we as a nation have seen a shift in the stigma surrounding mental health as more and more people bravely stand up and say the words that they fear society would judge them on. For some they find this courage in themselves or find the strength through the support around them for others they look to their role models to inspire them to speak out.

Just last month we saw the loss of another popular celebrity Caroline Aherne and though her death was not caused directly by her emotional health, people were still in complete shock that someone so funny and so full of life could possibly suffer with depression. Lets also not forget the great Robin Williams- a man who made everyone else cry with joy and who suffered so tragically.

Depression, has no single cause, it develops for different reasons and its effects are very individual for each person. NHS Health Care Professions have however have been able to establish the most common side effects, which include; low mood or sadness, low self esteem, lack of energy and motivation, sleep deprivation, feeling frustrated and not wanting to be around others and if I'm honest that is dulling it down.

Another scary fact is that NHS Health Professionals have found evidence that children as young as 5 can suffer from recognised mental disorders including depression, in fact they believe that nearly 80,000 children and young people in the UK suffer from severe depression.

It's not all doom and gloom though, as thankfully there are projects such as the Wave Project to help young people and their families through the tough times. The Wave Project was established in 2010 and currently has hubs all around the UK, including Scotland and Wales, which are set up for local surfers to take young people aged 8- 21 years old surfing to help improve their emotional health.

Though the project doesn't solely work with those suffering from depression, research carried out by the project coordinators found that Surfing, had a genuinely beneficial effect on the confidence and self esteem of the young people involved. There was also evidence that the environmental and social aspects of surfing also had beneficial effects, the full report can be found here. 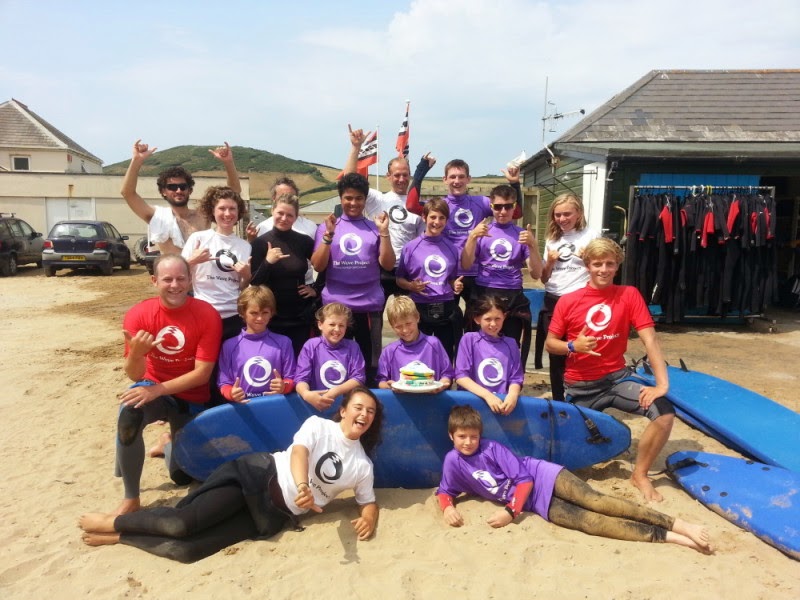 So what is it that makes surfing such a strong weapon in battling depression?

Surfing and Endorphins- Exercise is defined by the Oxford Dictionary as "activity requiring physical effort", Surfing is defined by the Oxford dictionary as a Sport. Some critics would say Surfing isn't a sport, but there is no doubt that it is an activity requiring physical effort, so therefore it is exercise. It is a well known fact that exercise releases endorphins, these react with receptors in the brain and reduce the perception of pain and the negative effects of stress and depression, the feeling of euphoria. Therefore Surfing releases positive chemicals, which makes us feel happier. For more information check out the book, "Challenging Depression; The Go To Guide for Clinicians and Patients" by Mark Zetin.

Surfing brings more energy- The NHS also suggest that exercise can help beat fatigue and a general lack of energy. According to Eva Cwyar author of "The Fatigue Solution; Increase Your Energy in Eight Easy Steps", moving your body increases the production of Mitochondria (energy organs), which boost your metabolism and makes you more energised. Surfing therefore makes you feel more energised.

Positive effects of the seaside- There is also evidence that suggests sea air is good for sleep deprivation and if you are lucky enough to get a surf in the sunshine, this too releases endorphins making you feel happier, check out this article for more information. 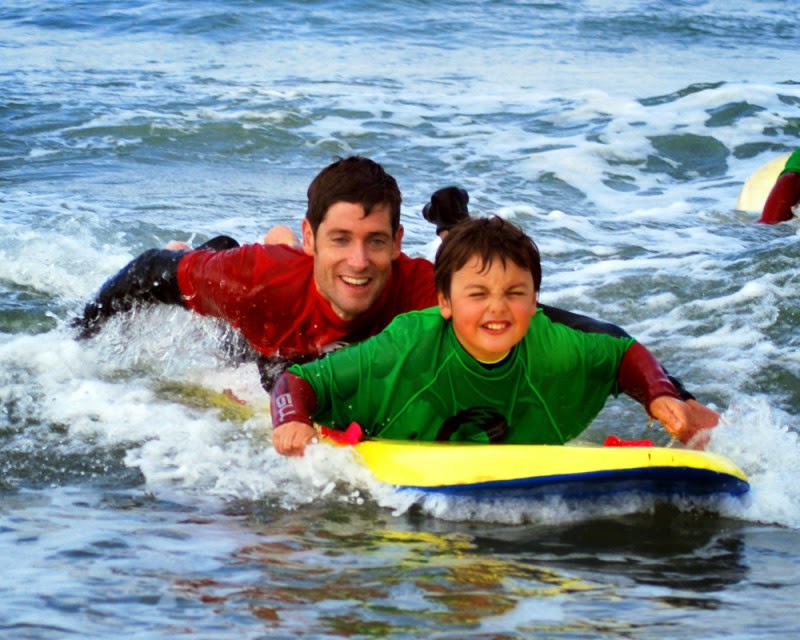 The Power of Waves- We hear surfers talking about being one with the ocean and feeling 'stoked', but what people might not know is this again comes down to sciences. Michael Terman, Professor of Clinical Psychology in Psychiatry at Columbia University's College of Physicians and Surgeons, carried out a study which found evidence that crashing water contains ionised oxygen, which are basically a natural anti-depressant. Doland Dulchinos's book "The Convergence of Evolution, Group Mind and the Internet" suggests that these negative ions have a positive effect on Serotonin. Serotonin is a hormone manufactured in our brains that transmits messages between nerve cells. Low levels of Serotonin can effect this method of transmitting messages and lead to a person developing a low mood . What is suggested here therefore is that crashing water can increase the function of Serotonin and lift your mood, so what better place to be than amongst the waves. 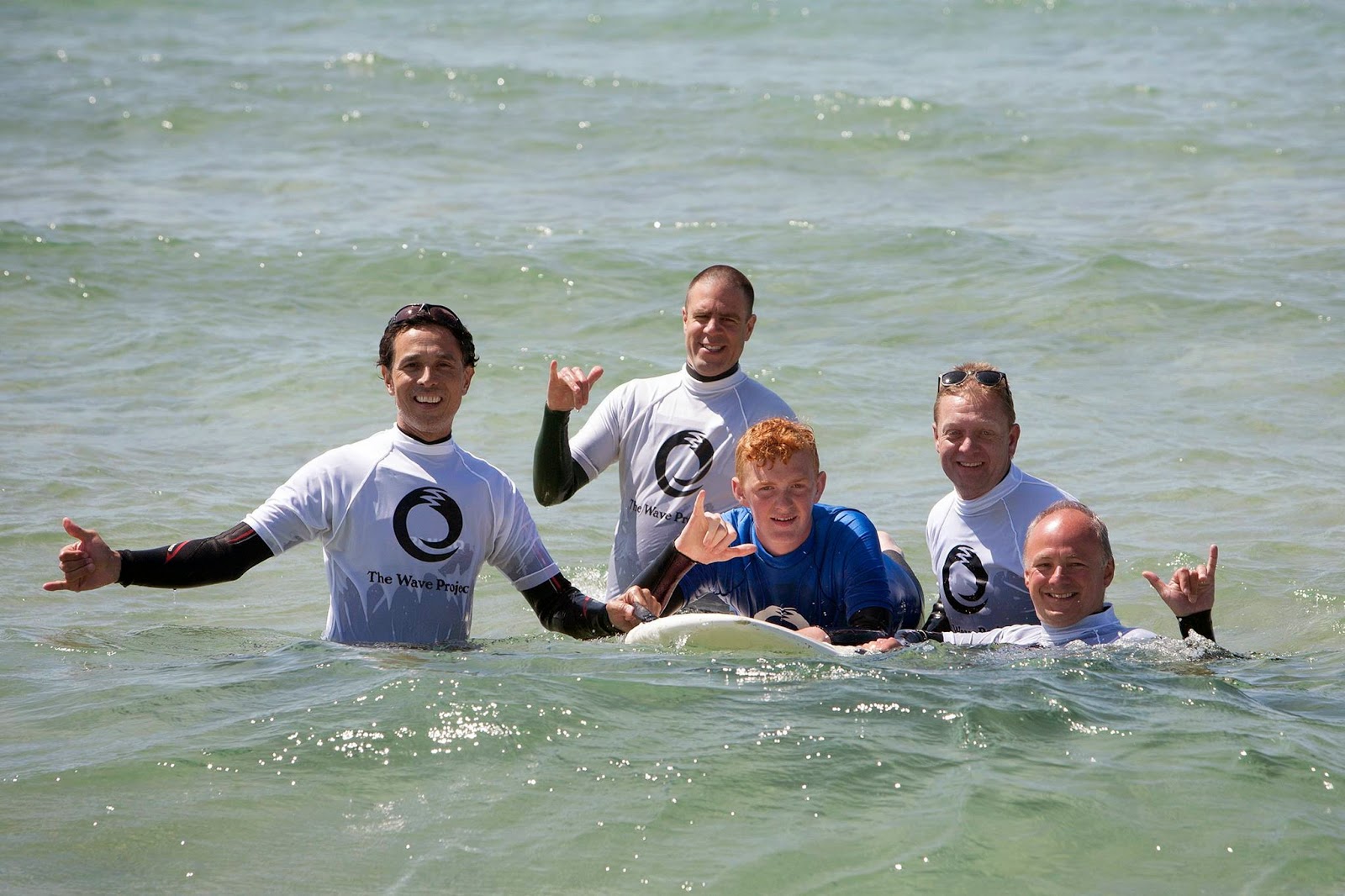 This is all scientific fact, but the best way to convince anyone that surfing has a positive impact on a persons emotional health is to give them a board and get them in amongst the surf, or better still why not volunteer for The Wave Project and see the positive impact it has on the young people involved. 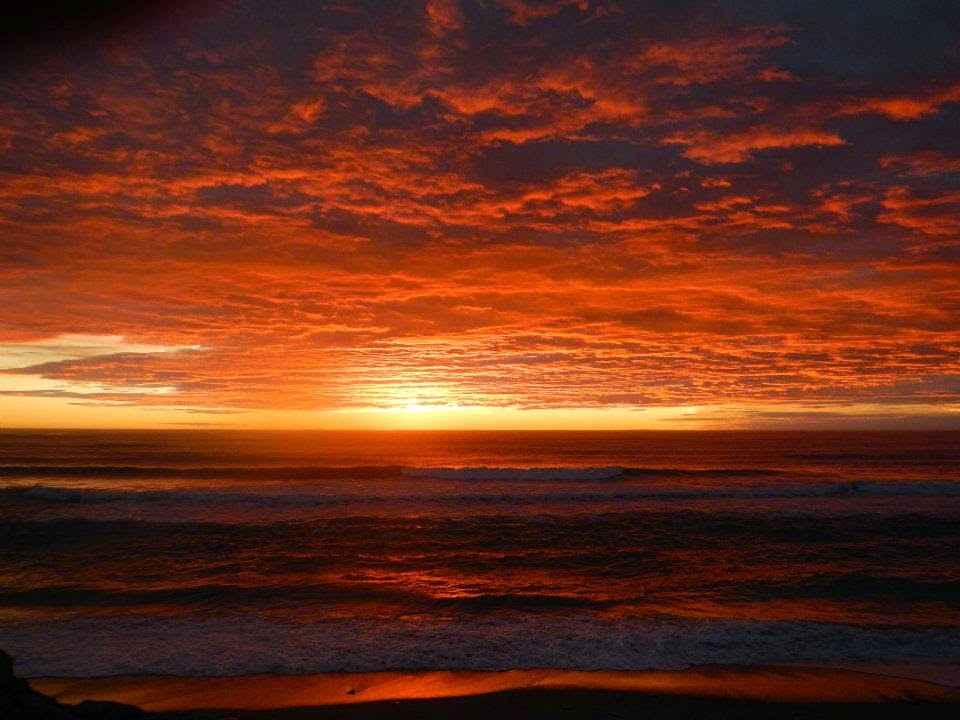 Imagine being told you won't live as long as you hoped! You have a genetic disease that would kill you!

Hayden was in his late 20's when he was told this very fact! Surfing helps him deal with this! Check out this incredible video


On Monday people all around the UK placed a poppy on their tops (or possibly pinned it to their wetsuits- if the swell was good good). Then at the stroke of 11 o’clock took out two minutes of their lives to try and imagine what it is really like to be involved in war and thank those who gave their lives so we could be free to surf waves whenever we want.

For a majority of us it might be that we have also watched the war documentaries and even the more recent clips from the current wars our men and ladies are so bravely fighting in, we are educated and have a vague idea of what is must be like.
As a nation we then breathe a sigh of relief to see clips of veterans returning home falling into love ones arms and driving off into the sunset to return to their normal lives….
Is that really it though? After everything they have seen, the injuries they suffered and the friends they have lost, are they really returning to their normal lives?
Unfortunately returning home for many, can be the start another long and very challenging road ahead for our veterans, their family and friends. One man who took this road and survived is Gulf War Veteran Rich Emerson and after his personal experiences he decided to take action.

Rich knew about the power of waves and the beauty of the Cornish coastline and the hope it could offer to those in need. In 2009 Surf Action was born since then Rich and his team have literally saved the lives of veterans who didn’t know where else to turn.
As Ros from Surf Action explains;  “People often describe emotions that occur after life changing situation as coming in ‘waves’. When people are caught in the impact zone, they feel like they are getting dragged under barely being able to catch their breath.”
As surfers I think we can all relate to this and Surf Action believe by encouraging people to take control of the waves, and use them to their advantage, they can learn to take control of their lives. Surf Action, offers a wide range of projects and lines of support, treating each veteran as an individual.
The Surf Action Veteran Centre- Open to all Monday to Friday, 9- 4pm, offering a friendly ear and lovely cuppa tea.
Surf Clinics- Offering Veterans a chance to get some wave action, the clinics run every week in Hayle, Newquay and Bude. Surf Action also offer residential camps and weeklong surf clinics, more information can be found www.surfaction.co.uk.
Home Front Families- Surf Action knows the effects war can have on our Veterans and their family life. There is a range of family days on offer to help repair the damage war leaves.
There is so much more on offer, so if you know someone affected by their service or you just want to find out more, visit www.surfaction.co.uk, find them on Facebook or follow them on Twitter.